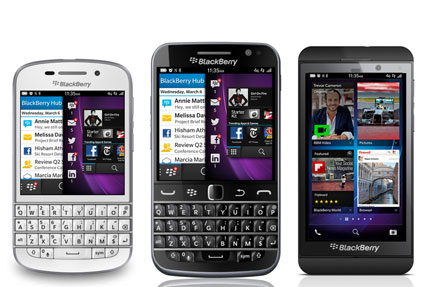 Other Blackberry Repairs We Offer

While some Blackberry smart phones use a fused screen technology where the touch and LCD are integrated into unit; others use touch screens and LCDs which are separate. Recognizable signs include a screen that may no longer be responsive to touch, visibly smashed glass, or the screen touching itself intermittently. In these cases we can replace just your touch screen if this is all that is broken saving you alot of money.

For fused items the whole screen must be replaced as one piece. This problem can manifest itself with a couple of familiar symptoms most notably smashed glass or no picture displaying on the screen, a dimly lit display, a scrambled picture, or a white or black screen of death. Whatever your symptoms, a Blackberry LCD replacement is a walk in the park for the technicians at Phone Ninja.

Whether you need a battery to be replaced or just want us to supply you with the battery itself, at Phone Ninja we can help. A phone battery replacement is not overly difficult, but we recommend leaving the risk to professional phone repair shops like ourselves to pinpoint the exact issue. Familiar problems include the cell phone not charging, not turning on, or even a short battery life.

If you believe your Mobile phone has suffered from water damage you need to act fast. Immediately switch off the device, remove the battery if possible, and with a towel or cloth dampen the mobile gently but thoroughly. At this point bring the phone into us to take advantage of our Blackberry repair service. Other fixes include Blackberry trackball repair, sticky or broken keypads, not turning on problems, bad charger ports, power switch issues, housing replacements, software dilemmas, microphone and speaker malfunctions, and lots more. Our prices make those how to fix Blackberry guides seem pretty silly.

Starting in 1999 the company begun with a two-way pager called the 850. A year later a more familiar incarnation of the business / smart phone we love was released allowing emails, web browsing, online faxing, and more. Later on Blackberry added personal diary assistant (PDA) features as well as a media player and Wi-fi connectivity. The brand name suddenly became synonymous with the term “business phone”. This generalization was only strengthened when RIM, the software developer of the Blackberry OS was threatened with a injunction stopping the sale of the phone.

Copyright 2016 Phone Ninja, All rights reserved. All other trademarks & copyrights are owned by their respective owners. We are an independent phone repairer and not affiliated with Blackberry in anyway. All our Blackberry repairs use compatible or refurbished parts only. None of our repairs, products, or parts are official nor endorsed, authorized or refurbished by Blackberry.