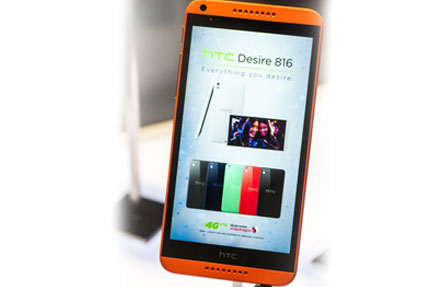 We offer repairs for some HTC model phones. This includes HTC Screen replacements, touch screen replacements, battery replacement, and much, much more! So if your in the market for a HTC Fix read on for more information. Our Phone Ninjas have been waiting with zen like patience so if you are from Perth Western Australia drop in or contact us for a repair.
Choose Your HTC Repairs Device

Other HTC Repairs We Offer

Phone screen repair forms a large percentage of the work we do here at Phone Ninja. Therefore it’s no surprise that your HTC broken screen issue can be dealt with in a prompt and stress-free manner. Smashed glass or a non-responsive touch screen are the most common symptoms of a mobile that requires a replacement digitizer. So why trust those “how to repair mobile phones” sites that end up costing you more than a professional repair in the long run!

A LCD or screen replacement is another familiar fix to any HTC repair centre. Tell tale signs that you require a new LCD include a white screen of death, cracked glass, black screen, or even a dullish display. While generally these symptoms are a tried-and-tested method of diagnosing, other problems are still possible.

Another common repair we perform is replacing the battery. Familiar symptoms include a short battery life, turning off once unplugged from the charger, and sometimes not turning at all. HTC batteries can be either be difficult or easy to replace which is why we offer our customers the option to pick up the parts or have them installed.

While water damage is one of the more difficult problems to repair, it does not have to be such a big issue if you follow these simple steps. Firstly turn the phone off, dry with a fresh towel and bring your cell phone to a professional repairer to have it opened and checked for corrosion.

While the problems mentioned above cover the vast majority of repairs we perform there are still plenty of other issues we see. These include repairs to a phone freezing or locking up, software issues, the not turning on problem, housing replacements, bad charger ports, microphone issues, bad SIM card readers, and lots more.

H.T.C. are a Chinese company that name is synonymous with innovative smart phones. In 2002 they launched the first Microsoft-driven smart phone. They followed years later by introducing the first ever 4G cellular phone, the H.T.C. EVO 4G. Driven by their innovations, H.T.C. are now a major player in the cell market selling over 25 million phones per year thanks to their clever use of Google Android and Windows Phone 7.

Copyright 2014 Phone Ninja, All rights reserved. All other trademarks & copyrights are owned by their respective owners. We are an independent phone repairer and not affiliated with HTC in anyway.