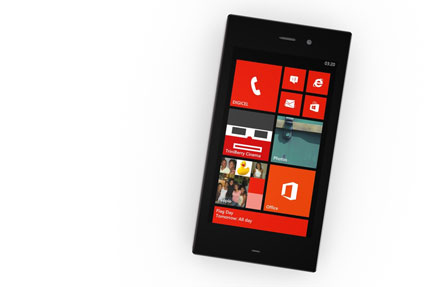 If you’re after a Nokia repair centre in Perth WA, then you have come to the right place. At Phone Ninja we are experts in stealth tactics, espionage, and Nokia screen replacements! Our aim is to deliver the best Nokia service in Perth and with over 30,000 repairs to our name since opening in 2009 we know we have the experience to back it up! Our Perth price-beat guarantee also means we’ll  beat our Perth competitor’s prices on any Nokia fix; whether you have a Lumia, Nokia 8. 7, 6, Nokia 5 or Nokia 3. We also have easy to access stores right across the Perth metro area so we are never too far away. So don’t hesitate for all your repair needs contact Phone Ninja today for a quote or to setup an appointment.
Choose Your Nokia Repairs Device

We are first in Perth to offer Glass Screen Repairs for Nokia devices. This is a process that on modern fused screens allows us to separate the glass or the touch screen from the rest of the screen. This helps save money as replacing the whole screen is generally more expensive.

The LCD is the part of your screen that displays the picture. A Nokia broken screen is therefore common, symptoms include the mobile displaying a white screen, a black screen, or a dull picture. Thankfully the job of LCD replacement is often easy for any professional Lumia repair centre, though on some modern smart phones it requires replacing the entire screen.

Digitizers otherwise known as touch panels are enemies of those with butter fingers often proving the weakest link when dropped. Luckily the symptoms are easy to see as the glass will be smashed sometimes leaving the touch screen no longer responding. If only the glass is smashed then we might be able to replace just this part, however this is dependent upon the model.

Batteries can range from easy to extremely tricky to replace. This is determined by whether the battery is external, internal, or even soldered to the mainboard. Faulty batteries are generally quick to drain lasting only a few hours. In some bad cases as soon as the phone is pulled off the charger it will instantly switch off. Other recognizable signs include e not turning on, not charging, and black screens can also be related; but can also point to another Nokia issue.

A broken Nokia especially one with liquid ingression can often be difficult to diagnose so you need a professional Nokia service centre to handle your repair. With water damage it is imperative that you act quickly, turning off the cell, removing the battery if possible, and drying out the mobile phone as soon as possible. At this point it is wise to bring your phone to a qualified technician to strip it down, clean the internal components, and ensure as little damage as possible is done. The most common component to fail during water damage is the LCD but this is one job that even a Ninja must quote first.

There are too many other problems that can strike down your mobile phone at any time. Some however include not turning on, charging port issues, dead ear or loud speakers or microphones, not reading the SIM card, sticky or non-functioning keypads, freezing and locking issues just to name a few. For information on a Nokia error like the ones above please drop down or contact us.

Whether you have a cracked your screen, requite a battery replacement or have a phone that freezes our Phone Ninjas have been brushing up on their skills just to help you. So come down or contact us if you want a repair.

Nokia was established in 1871 and in its humble beginnings manufactured paper in Finland. Now however they have grown to be the largest cellular phone company in the world controlling 30% of the market by the end of 2010. While unquestionably the market leader in business and low-cost mobile phones they have come under scrutiny in recent times over their inability to compete in the smart phone market.

This is mostly due to their E & N-series smart phones which have a reputation for their clunky Symbian operating system and Nokia OVI suite software. However in 2011 an agreement was reached with Microsoft over the use of the Windows Phone 7 operating system which resulted in the Lumia series. After Microsoft failed  with its Windows OS, Nokia went back to its roots re-releasing the classic Nokia 3-series, 5-series and 7-series with Android software.

Copyright 2014 Phone Ninja, All rights reserved. All other trademarks & copyrights are owned by their respective owners. We are an independent phone repairer and not affiliated with Nokia or Microsoft in anyway.