The GT-i9507 is the newest version in the Samsung Galaxy S4 family. Currently the phone is being rolled out in Australia, and Hong Kong where 4G+ networks are becoming more and more common. We expect Samsung will discontinue the 4G i9505 in these markets as the new network becomes available.

For all our Galaxy S4 Repairs or for other Samsung Repairs follow the links.

4G+ networks offer a speed increase from a theoretical 100Mbps offered by traditional 4G networks, up to the 150Mbps offered by 4G plus In Australia Optus are rolling out their 4G+ 2300MhZ TDD LTE network, Vodafone its 4G CAT 4 network, and Telstra their “4G Advanced” LTE-A network.

– The original S4 with 3G coverage and the Exynos 5 Octa 8-core chipset sold in Asia, Africa, & some parts of Europe.

– Same features as the i9500 with dual sim slots released in China.

– The original 4G S4 with Snapdragon 1.9ghz 4-core processor sold in United States, Canada, Australia, and most parts of Europe.

The i9507 fully dissembled by our Ninjas.

The logic board is of course different on the i9507 to allow for 4G+ coverage. What we didn’t expect however was the old Snapdragon 600 processor, as opposed to the faster Snapdragon 800 unit used in the i9506. 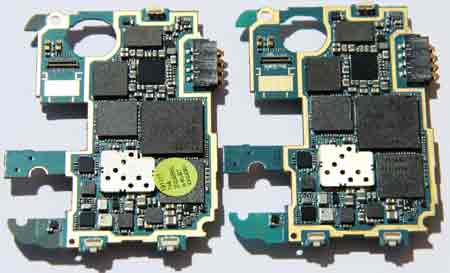 The Board is labelled GT-I9507 with a mfg date of 2013.07.17. All the chipsets that we can read are identical to the i9505 with the exception of the ARM holdings MBG965W chip. Sadly though there are some chipsets where the printing is especially hard to read. 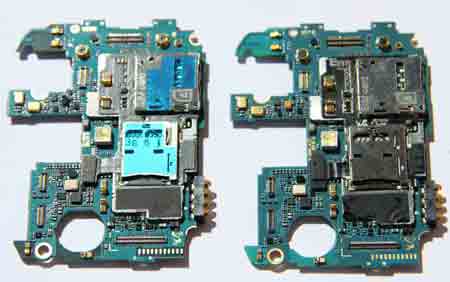 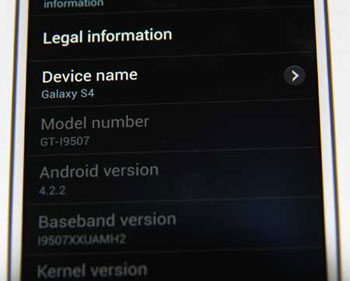 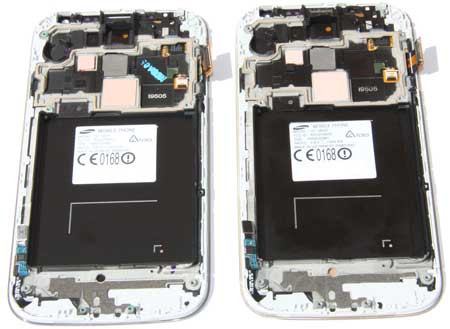 From the exterior we see that both the i9507 and i9505 share the same footprint. No surprises here. Rear cover & battery is also the same as the i9505. 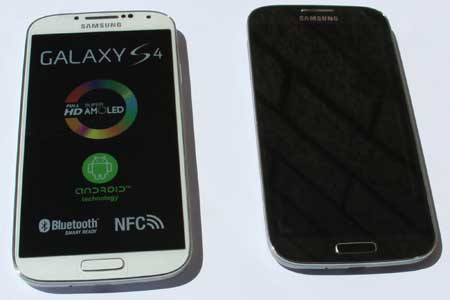 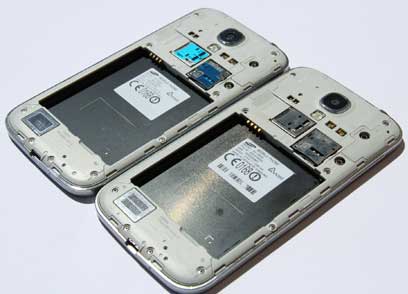 The charger port daughter board is also the same. Surprisingly the board even states on it i9505! 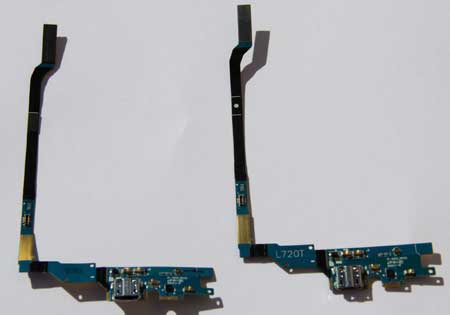 The small i9507 front camera is interchangeable with the i9505 & i9500. Samsung has seen no reason to redesign this part on any of the S4 models. 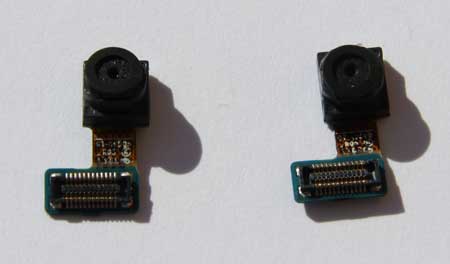 The rear camera is also the same. This is likewise surprising since the i9500 and i9505 had different rear cameras.

Despite the black coloured part on the i9507 loudspeaker, the i9505 loudspeaker will indeed fit the i9507. 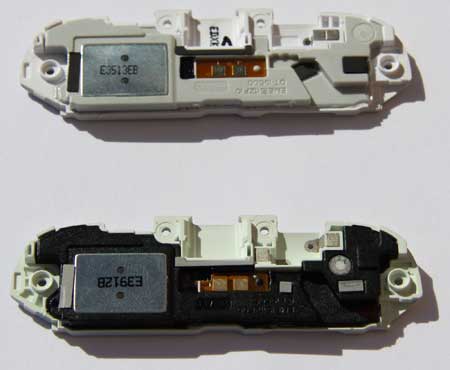 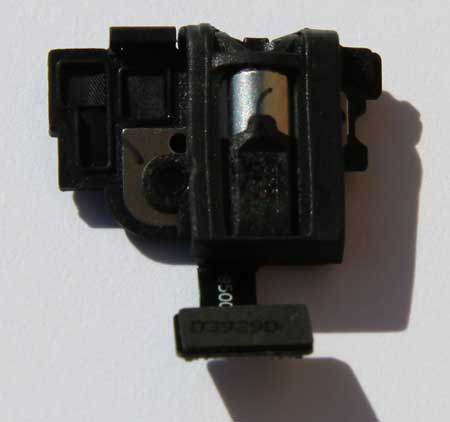 We are pleasantly surprised that Samsung didn’t need to redesign half of the S4 to get 4G+ coverage. This is a breath of fresh air after the huge differences between the i9500, i9505 and i9506 models

Disclaimer: Opening any electronic device will void your warranty, may damage your device, and may cause harm to yourself. We are not liable for any damages.